​History of the Borough

The earliest record we have of Englishtown is that James Johnston, an Englishman, owned property in the area in 1688. Sometime before 1730 the English family came to Monmouth County and purchased a large tract of fertile land which was named Englishtown after the family.

During the Battle of Monmouth on June 28, 1778, Englishtown may have been a crossing point for Colonial troops under George Washington’s command.  According to local folklore, the night after the battle General Washington and his officers were invited to the home of Moses Laird to partake of a special “collation” prepared by his wife and daughters. This house is now the Hulse Memorial Home, Main Street, which was built by Moses Laird as a two room tavern before the revolution.

In 1777 one of the Monmouth County’s main roads ran from Monmouth Court House, now Freehold, to Englishtown and on into Middlesex County. Because Englishtown was on a main highway it became a trading center for the surrounding country side.

Englishtown is also home to one its oldest buildings, “The Village Inn”. Built as a tailor shop circa 1728-1732, it later became a tavern in 1766 and was in use through the 1960s. The Village Inn was saved from an uncertain future by the Battleground Historical Society when they purchased it in 1978.  The Inn now serves as its headquarters.

The Village Inn has become a cultural and historical gathering place for Revolutionary War and Civil War re-enactors. It has also served as a meeting place for New Jersey-based historical groups and lectures.  It also boasts an impressive collection of artifacts from Englishtown and Monmouth County which are on display. 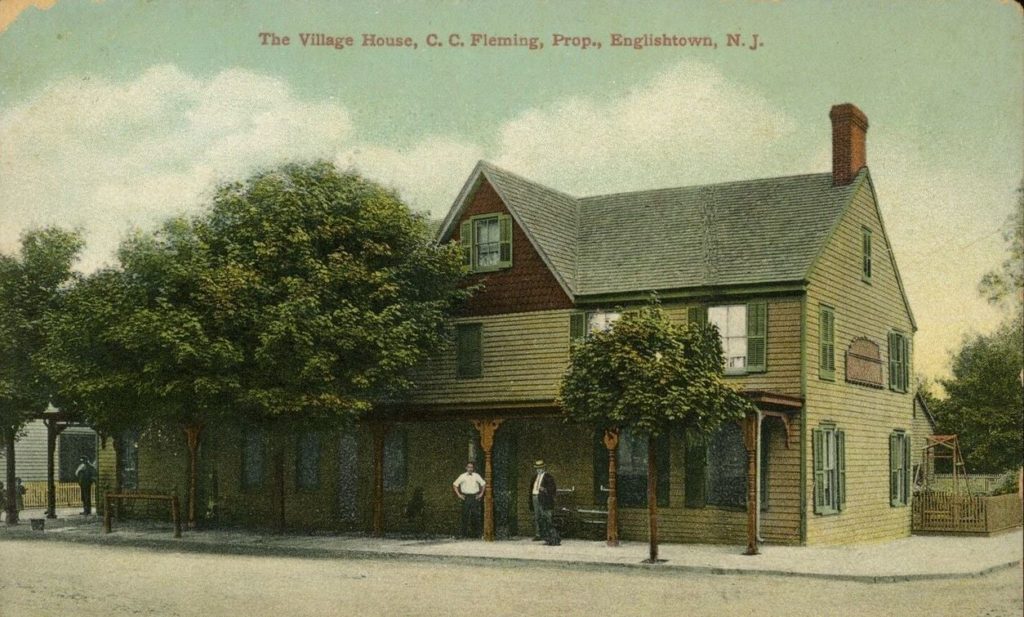 One of these is believed to be the old Municipal Building which originally was a tavern. On March 10, 2000, the old town hall was demolished to make way for the Veterans’ Monument and “pocket park”. 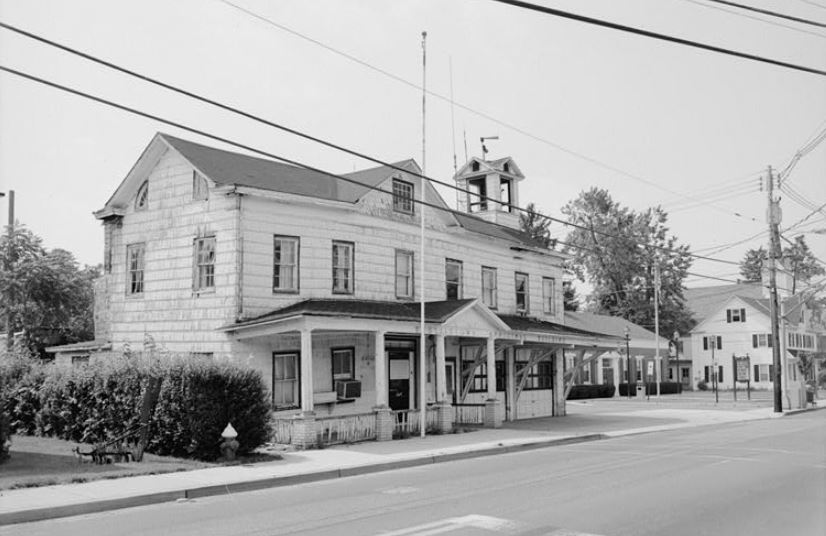 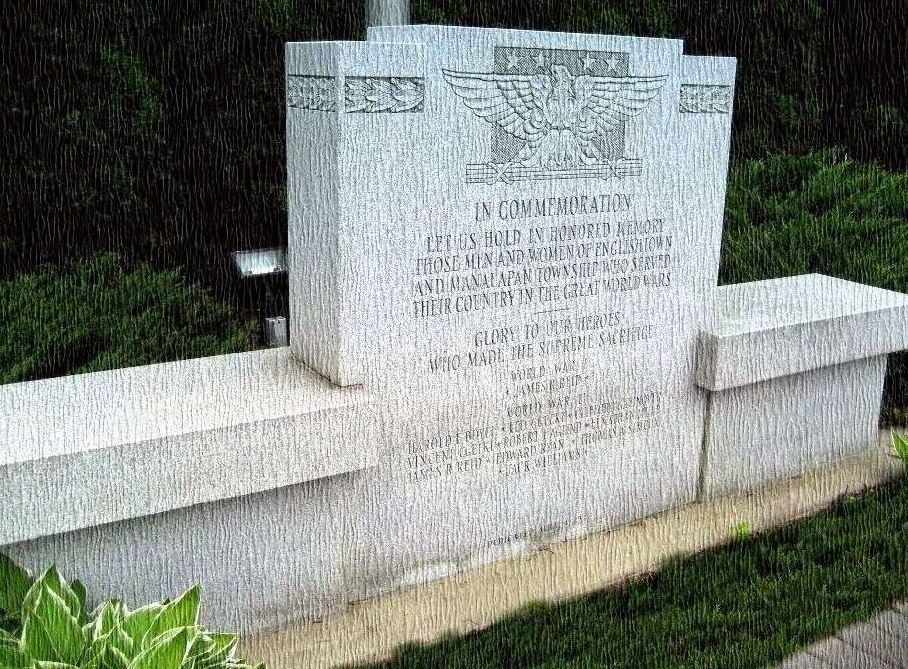 Englishtown is a borough form of government which is most prevalent among the 566 municipalities in the State of New Jersey. The governing body is composed of a mayor, elected for a four year term, and six councilpersons, elected for three year terms. The mayor retains a veto power over certain resolutions and ordinances, presides over all meetings, and is permitted to vote only in the event of a tie.

The six councilpersons under the Borough Act possess most of the power and, accordingly, usually perform most executive and legislative functions. The Mayor usually divides the council into a number of standing committees, each with chairperson and co-chairperson, encompassing specialized categories depending upon the needs of the borough.